In a few weeks we will be having our first Internal Retreat here in California. My teacher Sifu Brown, who first taught me the value of meditation in martial arts, has had many such events in Michigan, and we are excited to bring it to our students here.

Our retreats are a wonderful opportunity to immerse ourselves in practice and make a tremendous amount of progress in a short period of time. During Kung Fu Retreat, this sort of progress often takes the shape of increased physical skill and understanding of technique. During Internal Retreat, that progress is much more…internal. As Sifu Brown says, the two are intertwined. The power of meditation in martial arts allows us to respond appropriately in any self defense situation. 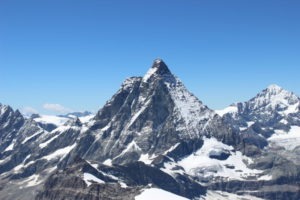 During a retreat a few years ago, our goal was to meditate as much as possible over the weekend. We started Friday night and went until Sunday afternoon. Many students had some of their longest meditations yet (I meditated for 4 hours and 4 minutes, my longest at that time). Several of us meditated for over 20 hours total. The progress that we make by sitting in stillness or being with ourselves is more difficult to quantify, but it is more important and impactful than technique. We make leaps in self-understanding during times of introspection and can even rewire our brains to function in the way that we choose.

I’ll share an story that Mr LeBlanc related to me recently from another retreat:

Sifu Brown had decided that this year we would bring to life the story of a monk who was told to wake up every day and move rocks from one pile across a field to form another pile, only to wake up the next day and move them back again, over and over.

Then I saw another student, Keena, walking past me with a large rock in her arms, with a big smile on her face. I realized how I had been feeling and knew that if Keena could be happy moving the rocks, I could decide to be the same way. So I did.

This story highlights the flashes of understanding that we get at an increased level when we set aside significant time and energy. The work we do will sometimes seem as meaningless as moving rocks from one pile to another, yet the impact it has on us is real. We are able to connect to our higher self, decide how we want to be, then go to work on bringing that into reality by creating the types of habits that we want.

I recently came back from a family trip to Switzerland. On the 2nd day of the trip, I was on the Matterhorn at 9,000 feet in freezing temperatures. 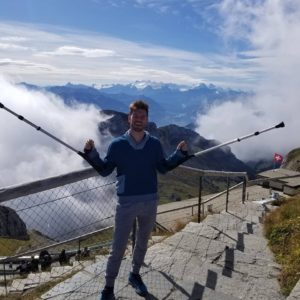 Since I hate the cold, I was in a hurry and slipped, violently spraining my ankle. I had 5 days left of hiking around the country. Soon after, I got sick. Now, even though Switzerland is stunningly beautiful, I don’t love traveling much because I prefer being at the dojo. I don’t love being sick and I don’t love having a sprained ankle. Yet I was happy pretty much every minute of that trip.

This isn’t because there’s anything special about me. I just decided many years ago when I began practicing martial arts that I wanted to be in charge of how I lived and felt in any situation, so I went to work on it. Now, whenever I catch myself having a thought that sounds like Why am I limping around in this foreign country sneezing and coughing, my next thought usually sounds like The sky is blue, I’m surrounded by people who love me, and this breath is perfect.

While we won’t just sit and meditate the entire time, nor will we be moving rocks from one pile to another, this internal retreat is a perfect opportunity to make this sort of progress. We will practice meditation in martial arts and all leave this weekend better than we started.

About the Author: admin