Home/Master the Moment/Do I like the person I am?
Previous Next 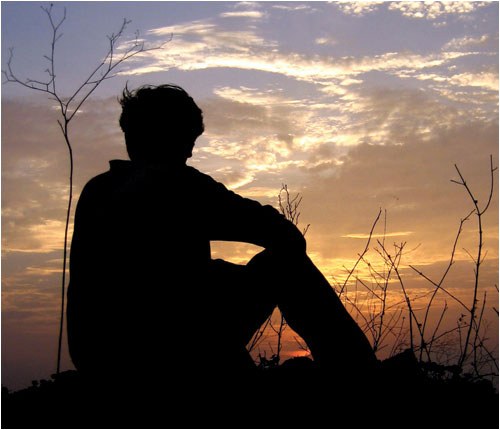 I like the question of the week, “Do I like the person I am?”. It gives me some insight into how I have changed over the years.

When I was younger I didn’t like myself. It seemed like other kids were always making fun of me and only me (they must have sensed some innate weakness). I actually thought I’d like to be someone else, anyone else. When I was in fifth grade at St. Mary’s there was a kid named Chet who was the fastest kid in class. We know he was the fastest because every day during recess all 12 boys from 5th grade would race across the grass field next to the parking lot. Chet always won the races, and he was usually one of the best at any sport we played. He also had the eye of the cutest girl in class, Katie. I definitely would have preferred to be Chet.

It wasn’t until I started practicing Martial Arts at the end of high school that I realized how silly this was. In Martial Arts I was never the “best”, nor was I the “worst”. There were students who were faster, stronger and had amazing forms. There were those who were slower and had worse technique. Some days I did really well at sparring; other days I couldn’t grapple to save my life.

I understand that for many people this kind of competition is what drives their efforts and success. I would even say there is a place for friendly competition between students (otherwise we would never spar, grapple or do push hands).

Yet if our self-view is tied to being better than other people, and we understand that there will always be someone better than us, this method of finding happiness doesn’t compute. We will never be happy in life because as soon as we get what we want, we find something better that we must have. This never-ending cycle of desire is what traps us all when we identify as the ego.

When someone lands a great combination on us in sparring or submits us in Jiu Jitsu, instead of feeling bad about ourselves we want to celebrate. This is only possible when we identify not as the ego but as the energy we create together with our partner. The happiest people are those who glory in the success of others. We aim to practice this in every class.

Now if we take things too far and decide to never try at anything, that breaks down right away. Our world is full of injustice and plenty of things to work on, both within ourselves and with others. How do we reconcile this? Simple: we don’t find happiness in the end result, but instead by focusing on the actions we take everyday to get there. If we focus on the fact that we aren’t as fast as someone else, we either stress about it or lose heart and give up. If instead we focus on the work to become faster and are happy drilling for speed, then we continue getting better with a sense of ease. This is what we call wu-wei, or effortless effort. A simple shift of focus away from the result and towards the process makes all the difference.

These days I don’t wish I was anybody else. I like the person I am. I recognize that I can always improve, so I focus on the process. I wouldn’t say I’m the best person in the world, but I would say that I’m better than I was yesterday and headed in the right direction.

About a year ago I looked up Chet and some of the other kids from school on social media. He seemed happily married with kids. He had a decent job and was smiling in his pictures. This made me happy.